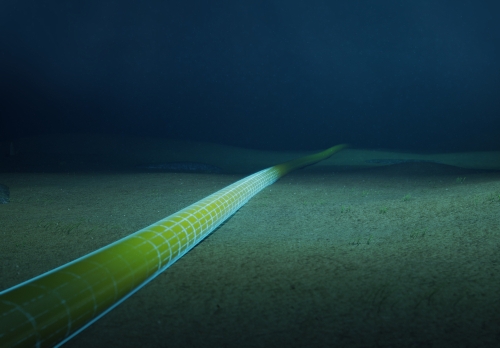 Earlier this year, China Mobile International (CMI) announced that it will be building the Bay-To-Bay Express, or BtoBE, submarine cable that will connect the Guangdong-Hong Kong-Macao Bay Area, San Francisco Bay Area, and Singapore with improved transmission efficiency.

NEC has been involved in previous efforts to improve transatlantic communication capabilities, having been a major player in the construction of both the SEA-US and RTI Connectivity's Hong Kong-Guam Cable system. In March, NEC Corp. signed an agreement with the Global Southeast Asia-Japan 2 Consortium (SJC2) to construct the high-performance submarine cable that would link Singapore, Thailand, Cambodia, Vietnam, Hong Kong, Taiwan, mainland China, Korea, and Japan.

Earlier this month, NEC Corp. announced their role in building the BtoBE cable system on behalf of the consortium made up of CMI, Facebook, and Amazon Web Services. Both CMI and Facebook are members of the Southest Asia-Japan 2 Consortium, so the partnership with NEC was a no-brainer.

CMI is headquartered in Hong Kong and owns 138 oversea points of presence, and more than 40 submarine and terrestrial cables with more than 23-Tbps total bandwidth capacity. CMI is working to promote additional international connectivity, thus the BtoBE fiber-optic cable will connect to CMI's three international data centers in Hong Kong, Singapore, and the US.

The BtoBE Cable System will land at these three locations that span the Pacific Ocean and is designed to have the ability to carry a minimum of 18 Tbps per fiber pair. According to Toru Kawauchi, the general manager of the Submarine Network Division at NEC, this means “seamless connectivity and network diversity, while serving to complement other Asia-Pacific submarine cables.”

The BtoBE submarine cable will be the first to directly connect the United States and Singapore with a latency less than 150msec. NEC is planning to use the most advanced equipment to create a cable system that offers network redundancy, flexibility, and reliability. The BtoBE will also be connected to the SJC2 to increase the connection capabilities to other areas of Asia.

In a statement given by Kawauchi, he says, “NEC is honored to be selected by the BtoBE consortium as the turnkey system supplier for this world record breaking optical fiber submarine cable system that covers the longest distance without regeneration.”

As far back as 2006, undersea cable accounted for 99 percent of international telecommunication traffic. Because submarine cables are so reliable, with carrying capacity in the terabits per second, it's no surprise that there is a push to expand the undersea networks to make them more readily available. However, these cable systems often cost several hundred million dollars to construct, which requires expert strategizing in both the financing and the execution.

So far, the submarine network connects six of seven continents, excluding only Antarctica, and is expected to grow as resources do over time. We can anticpate that NEC will be a part of the expansion as an established and experienced provider of top-of-the-line equipment.

See what other products NEC has to offer here.

Published in NEC
Tagged under
back to top