Still own a Nortel Networks (Avaya Blue) phone system ? 2015 may a good year to plan for or implement a replacement 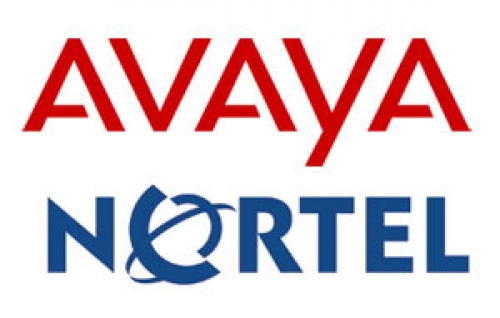 In November of 2014 Avaya released an updated lifecycle product matrix.   This 38 page document lists the product end of sale, end of manufacturer support, end of extended services support, and end of services support dates for legacy Avaya Red and Nortel Networks (Avaya Blue) products. Please see addendum 1 below for an explanation of each date from Avaya's perspective.

If I own a Nortel system what does this mean to me ?
If you own a Nortel Business Communication Manager 50 or 450, or a Nortel CS 1000K it is time to plan for a replacement; sooner than later.  For the BCM 50 and BCM 450 a date of October 1, 2015 has been announced as the end of Avaya's support for hardware and a date of October 1, 2016 has been announced as Avaya's end of support for services.   For CS1K systems on release 5 end of support services terminates at the end of December of 2016 and the end of support services for release 7.5 systems ends in September of 2018.

The message here is that  any organization should be seriously planning a replacement if it relies heavily on phone calls and wants the manufacturer of its business communications to stand behind its hardware and software.

There are still a plethora of spare parts in the market for legacy systems.  However, what is disappearing quite quickly is the know-how to maintain and repair systems.   The generation of technicians that installed the Nortel PBX and small business systems in the 1990's are now retiring and the training programs for the next generation of voice engineers are non-existent.  And as the number of legacy systems declines the companies that support these systems place lower emphasis and ensuring support coverage.

The implementation of a new system will offer productivity improvements since most current voice over IP systems now offer tremendous integration with desktop applications, email, and smart phones.   The challenge is that the implementation will not be as simple and straightforward as it was in the 1990's and early 2000's.    The planning stage will require a rich discovery process to ensure your replacement system fits your requirements, business culture, and existing support and network infrastructure.   So this process will typically take a little longer than it did a decade ago.

Hi Country still has Nortel PBX expertise staff directly on hand. Having this expertise can expedite the discovery process and help ensure an error free transition to a new system. Please give contact us today if you are interested in learning more.

After a product has been on the market for a period of time, Avaya’s Product Management team determines the need to end the sale of that product. Depending on the product, we strive to give between two and nine months advance notification via an End-of-Sale Notification. A good example of one is the announcement from January for the Avaya A175 Video Desktop Device. The notice includes the pertinent dates as well as the migration strategy.

After a product has reached its End of Sale date, it enters manufacturer support. During this period of time, products continue to be supported by Avaya, including patches and updates as necessary. Both the Support and Development organizations are engaged in troubleshooting and resolving customer issues. All that has changed is that we are no longer making the products available for sale.

When a product ends the Manufacturer Support period, a Services Support Notice (SSN) will be issued that announces the beginning of Extended Services Support (ESS). During this period, customers with maintenance contracts continue to get support from Avaya, but no further changes to the product (patches, updates, etc.) will be made. In effect, the Development organization moves on to other releases, but the Support organization continues to provide support. An example SSN for Avaya Aura System Manager 1.0 can be downloaded here. This period typically lasts 3 years for hardware and 5 years for software, but can be shorter or longer depending on a variety of factors including availability of replacement parts.

The final chapter in a product’s lifecycle is reached when the ESS period ends with a final SSN being released announcing the End of Services Support. The SSN will include a date at which point Avaya will no longer provide maintenance support for any customers.

Published in Nortel
back to top