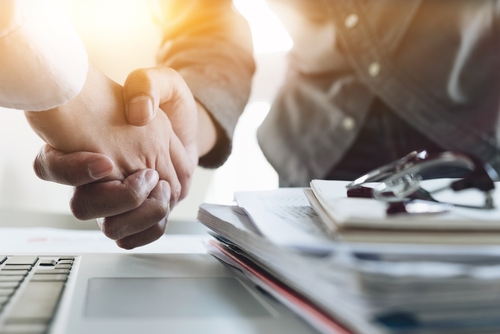 A Brief History: So, What Is Avaya?

Avaya is two degrees of separation from AT&T, who began spinning off unitys in 1995. Officially founded as a public company in 2000, the organization was soon bought by two private equity firms in 2007, delisting from the New York Stock Exchange. Over the years, the company has introduced many innovative technology resources to the market, including multi-platform call centers, multi-site contact centers, speech-to-text features, and the comprehensive Avaya Unified Communications system.

Not long after becoming a private entity, Avaya purchased Nortel in a $900 million acquisition. Following that, the company became the go-to resource for major events, including the 2010 Winter Olympics. With this major increase in visibility, the public and competitors alike began to wonder not only “what is Avaya?” but also “what will they do next?”

Over the next few years, Avaya went on to acquire Sipera Systems, Aurix, and Radvision.

In January of 2017, Avaya filed for bankruptcy protection, listing $5.5 billion in assets and $6.3 billion in debts. To increase liquidity, Avaya sold its networking business and related products to Extreme Networks for $100 million.

Since 2017, Avaya has undergone significant internal changes, including new leadership. After emerging from bankruptcy protection and re-entering the stock market, new leadership analyzed what seemed to be very volatile changes in progress and profits. Rumors began to circulate regarding a buyout. As stock prices bounced, Avaya announced the hiring of JPMorgan Chase to explore options and maximize shareholder value. This was one of the rare times the company publicly announced intentions with any kind of clarity.

In August of 2019, Mitel (a rapidly growing UCaaS giant) bid on Avaya for more than $5 billion. With additional rumors of private-equity buyouts that may or may not have been related to RingCentral, the general public grew wary. A merger with Mitel would require shareholders to accept stock in the combined company, so Avaya leaders began entertaining private buyouts that had a significantly lower sticker price.

In October of 2019, RingCentral officially invested in Avaya and the two companies set out to develop a UCaaS solution. Immediately following this announcement, Avaya stock jumped 11%.

The Details On The RingCental & Avaya Partnership

The investment is not the outright sale most industry experts were anticipating, but it shook out to a $500 million investment from RingCentral. This partnership makes RingCentral the exclusive provider of UCaaS solutions for Avaya and will lead to a number of new solutions being introduced to the market on behalf of the two companies.

Next month, Avaya will be hosting their annual event, Engage 2020, where we can expect to learn more about where this new partnership will take UCaaS moving forward.

Is Avaya The Right Choice For You?

All of the infrastructure changes within Avaya over the last year may make consumers hesitant to consider Avaya solutions for their business. In some cases, the customer may be right. In others, however, Avaya may still be the ideal solutions provider to take your business to the next level.

If you’re interested in upgrading your business communications technology, give the team at HCWT a call. We can give your more information on Avaya and other UCaaS providers who can support your business.